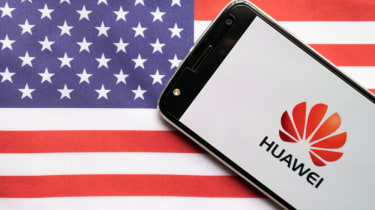 Huawei's CEO has proposed selling its 5G expertise to a Western company as a way to ease US security fears.

Ren Zengfei said the potential buyer would also be able to modify the technology, including changing its software codes, to meet requirements.

The idea is to have flaws and alleged "back doors" removed without the involvement of Huawei and appease the concerns of the US government and its allies.

At the start of the year, Donald Trump's administration placed the Chinese tech giant on a blacklist of companies deemed to pose a risk to US national security, which technically barred US firms from buying Huawei technology.

The Trump administration has repeatedly expressed concerns over potential ties between Huawei and the Chinese government, which could potentially be used as a vehicle for industrial espionage in the countries in which the company operates - something which Huawei has repeatedly denied.

However, Ren told The New York Times that Huawei is "open to sharing our 5G technologies and techniques with US companies so that they can build up their own 5G industry. That would create a balanced situation between China, the US and Europe," but adding that the US had to accept the Chinese firm at "some level for that to happen".

What isn't clear at this stage is to what extent companies will be able to change the software code.

US companies are also still technically banned from purchasing products from Huawei, and so some backtracking from the US will need to happen in order to facilitate a deal.

Ren added that if the US "promises to change their irrational approach to Huawei, then we are open to a dialogue".

But, with the export blacklist set to take full effect in November, Huawei doesn't have much time to wait for an olive branch from Donald Trump. Companies such as Google, which supply Android, and Intel, which sells chips for Huawei's 5G networks, can no longer do business with them.

This is despite these companies also voicing support for Huawei. Microsoft president and chief legal officer Brad Smith said to Bloomberg Businessweek that the way the US government is treating the Chinese firm was "un-American'. He said that Microsoft has asked US regulators to explain the reason behind the ban.

"Oftentimes, what we get in response is, 'Well, if you knew what we knew, you would agree with us,'" he said. "And our answer is, 'Great, show us what you know so we can decide for ourselves. That's the way this country works.'"