Forget ransomware, a lack of global norms is killing the security industry 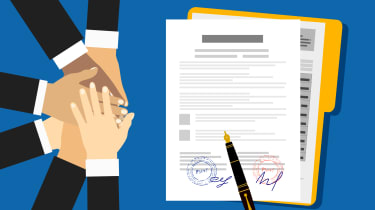 One of the biggest challenges for businesses around the world is the inability to properly attribute cyber attacks and enforce prosecution, according to an (ISC)2 security leader.

Many countries are working to promote and drive this movement forward but failing, according to Tony Cole, CTO at Attivo Networks and (ISC)2 board member. He says the security industry needs a highly structured set of norms which outline the offences that can be prosecuted.

The industry also needs globally accepted rules on data sharing agreements, he says, so businesses and nations can collect adequate evidence needed to prosecute cyber attackers. These rules simply don't exist today and there is a "complete lack of agreement," Cole told IT Pro at the annual (ISC)2 Security Conference.

However, that isn't to say efforts haven't been made. Some good work was being done in Estonia on the two versions of the Talinn Manual, which aims to highlight how our current international laws could be applied to cyber but aren't. If it was, "we wouldn't have the issues that we do [today]," said Cole.

Cole has hands on experience of trying to create this kind of unified international standard. In 2013, he worked on the US State Department's Framework for Cyber Stability  a document trying to unify the US, Russia and China through cyber norms that would eventually be adopted the world over.

This eventually "went by the wayside" after it was discovered that members of the Chinese armed forces the People's Liberation Army were attacking US and UK companies, according to Cole.

"Now, the next year is when President Xi and President Obama signed an agreement and yet that really didn't have any teeth," he said. "And now we know there are even more nations that are allowing many of their cyber experts in the cyber espionage space to moonlight underneath. So it's becoming more problematic, not less."

Ransomware is here to stay

Although global cyber challenges should be solved through uniform policy, Cole said ransomware the most pervasive method of cyber attack for the past few years  is going to retain its crown for quite some time.

He said businesses and organisations aren't doing the right things to counter the threat and cyber hygiene isn't being taken as seriously as it should be, either.

Organisations are being regularly hit by ransomware because well-known vulnerabilities just aren't being patched. "That activity is not going to change until organisations truly understand from the board level down, that security is important, that you need to put an emphasis on it and you need to apply resources to it, just like anything else that you do," said Cole.

Cole said he spoke with a board member of a mining conglomerate at World Economic Forum two years ago who was adamant that the company wasn't a target for cyber attacks, despite nearly all of their competitors having publicly disclosed data breaches.

"It's pretty consistent still around the globe where you have a still a number of organisations that just don't think [security is] that important," he said.

"So yes, it's going to continue to be a problem for the long term until we change attitudes across the board and people start to accept that it's a component of risk, no different than any other area of the business."