Uptake of other initiatives also indicates growing respect for the field 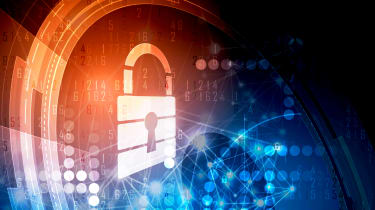 A UK cyber security initiative has been nominated for an award run by Investors in People, highlighting the country's growing respect for the field.

The initiative is part of a wider cyber resilience programme that aims to ensure those who work on critical infrastructure are well-equipped with the knowledge to protect the country if an attack on said systems takes place.

Since the NDA launched its cyber initiative in 2017, delivered by Energus, it has recruited 22 apprentices and six graduates. All recruits have been brought in as part of a wider government initiative with the DCMS to create a pipeline of talent.

"We need a skilled workforce that is ready to meet the future demands of the UK's nuclear industry and one of the crucial skills needs is in cyber security and resilience," said David Peattie, CEO at the NDA. "Working alongside BEIS, we're fully committed to supporting cyber apprentices and graduates in creating a pipeline of talent that will benefit multiple sectors."

In addition to the cyber resilience scheme, the NDA also runs a CyberFirst summer school for young people ages 13-17.

"Working with the National Cyber Security Centre (NCSC) on CyberFirst is inspiring school children, as young as 13, to learn more about the industry," said Adrienne Easterbrook, general manager at Energus. "We're delighted to be shortlisted for an Investors in People award for the Best Apprenticeship Programme 2019. This is a testament to the hard work of the apprentices and the programme team at Energus."

The CyberFirst summer school is not to be confused with the NCSC's CyberFirst Girls Competition, which sees young girls compete against each other on a regional and national level in cyber security-themed tasks.

The UK's dedication to successfully communicating the requirement to be leaders in cyber security was further evidenced by today's announcement by the NCSC.

The cyber security branch of GCHQ announced a near-threefold increase in the number of universities achieving its Cyber Essentials certification compared to last year.

The certification aims to encourage organisations to meet certain levels of cyber awareness so they can protect themselves against common cyber threats such as phishing campaigns.

"It is extremely encouraging to see such a significant rise in universities and colleges investing in their cyber security," said Sarah Lyons, deputy director for economy and society at the NCSC.

"Given the NCSC assessment that it is a realistic possibility that the cyber threats facing universities will increase, we will continue to work closely with the education sector to enable more institutions to achieve this industry-recognised standard."

The cyber authority reported certified universities climbed to 40% compared with last year's 14%, that's according to survey results from JISC, an organisation which aims to highlight the importance of technology for education and research.

Elsewhere in the survey, figures showed that nearly three-quarters of educational providers have recruited people to fill cyber-specific roles at their institution. Two-thirds have also appointed a cyber security lead.