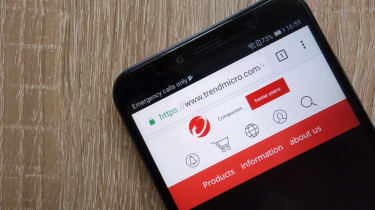 A rogue agent within Trend Micro has been selling its customers' data to unknown criminal third parties, the cyber security company has announced.

A blog post on the company's website revealed that a Trend Micro employee was discovered to have harvested the personal details of around 70,000 customers, which they then sold to an "unknown third-party malicious actor".

The insider infiltrated a Trend Micro customer support database containing names, email addresses, support ticket numbers and some customers' telephone numbers. The company stated that it has found "no indication" that the culprit accessed any financial or payment information, and stressed that the attack exclusively affected its consumer customers, as opposed to enterprise or government clients.

Trend Micro was first alerted to the issue in August this year, after customers using its consumer security product started to complain about fraudulent calls from scammers claiming to represent Trend Micro support agents. The subsequent investigation, which concluded at the end of October, identified a specific employee who was immediately locked out of the system and summarily terminated.

"Our open investigation has confirmed that this was not an external hack, but rather the work of a malicious internal source that engaged in a premeditated infiltration scheme to bypass our sophisticated controls," the blog post stated.

"That said, we hold ourselves to a higher level of accountability and sincerely apologise to all impacted customers for this situation. Based on the current status of our investigation, we believe that all of the consumers who were potentially affected have already received individual notices from Trend Micro, but we will continue to investigate and provide further notices in the event that any further affected customers are identified."

The company has warned customers it will never call them unexpectedly and that any supposed support calls which have not been pre-arranged are the work of scammers. Trend Micro has also reminded customers that any further assistance or technical issues related to the incident should be referred to its technical support team and will be covered by their existing license.

For Paul Watts, Domino's UK & Ireland CISO and IT Pro Panellist, this case underlines the risk that insider threats can pose.

"This is a perfect example of what happens when you focus all your energy on protecting the perimeter of your fortress without considering the potential enemy from within," he said. "It is never an easy conversation to have but when it comes to insider threats in your business, trust isn't enough to manage the risk to any level of adequacy."

Trend Micro could also find itself in hot legal water over the breach. Supermarket chain Morrisons is currently embroiled in a Supreme Court battle over whether or not it is liable for the actions of an employee who stole and leaked the data of tens of thousands of staff members; if the case does not go in its favour, companies like Trend Micro who get hit by insider data breaches could find themselves sued by victims.