The platform is working to restore services to more than 440,000 affected customers 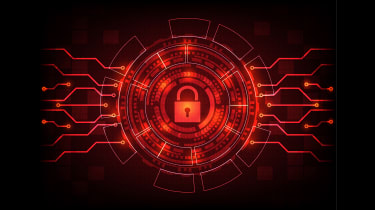 A widely-used ASP.NET service provider, used by more than 440,000 customers, was taken offline on Saturday after cyber criminals targeted its systems with ransomware.

SmarterASP confirmed this weekend that its hosting services were under attack, with hackers encrypting all the data belonging to itself as well as its 440,441 users. The SmarterASP website, too, was taken offline on Saturday before it was restored the next day.

"Your hosting account was under attack and hackers have encrypted all your data," the provider said in a statement.

"We are now working with security experts to try to decrypt your data and also to make sure this would never happen again. Please stay tuned for more info."

The firm advised that users refrain from contacting the company directly, given a shortage of staff to deal with the complaints, and asked users to keep up-to-date with its Facebook page for more information.

SmarterASP subsequently said this morning that it had developed a solution to resolving the problem, but needs more time to fully restore services. Moreover, work is underway on a "new system" built to prevent issues recurring in the future.

"We will dedicate all of our time, money and knowledge on this matter so no customers of ours have to face this again," the followup statement said.

However, no additional detail as to the nature of the new system, or how it would be different from SmarterASP's previous system, was released.

At the time of writing, the company has restored 40% of its customers' affected accounts, according to its Facebook page, and expects most services to be restored over the next 24 hours.

ASP.NET is an open-source web application framework designed for web development based around dynamic design. It was developed by Microsoft to allow developers to build dynamic websites as well as applications and services.

The company hasn't disclosed whether it's restoring its services from an archival or backup system, or whether it's complied with the cyber criminals' ransom demands.

Although the majority of IT security professionals don't believe such ransoms should be paid, 40% would consider paying ransomware demands as it's the easiest method of remediation, according to research.

IT Pro approached the company for more details surrounding the ransomware attack, including what measures it's taken to prevent future attacks.