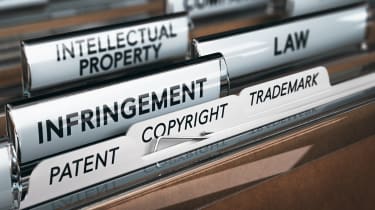 A US logistics company is suing a former Uber executive for fraud after accusing him of stealing trade secrets to start a rival firm in London, one that's already secured the backing of some of tech's biggest names.

US-based Vanguard Logistics Services filed the lawsuit in a District Court in California, against its former board member Fraser Robinson.

The 49-page complaint accuses Robinson of deceiving Vanguard by joining its board and violating his fiduciary responsibility by stealing its most confidential information and using it to secretly establish a London-based startup called Beacon Technologies.

The lawsuit states that Robinson claimed to know nothing about logistics and describes how he set out to learn more about the industry by integrating himself with the owners of Vanguard through an offer of marketing services. However, the complaint alleges that Robinson revealed to a journalist earlier this year that he sought a relationship with Vanguard after he saw an "opportunity" in logistics and shipping while working at Uber when the company launched Uber Freight.

He stopped working for the ride-hailing firm in 2017, around the same time that the company was exposed for attempting to conceal a massive data breach and amid widespread reports of toxic workplace culture – Robinson has never been publicly linked to these controversies.

A spokesman from Vanguard said: "We trusted Fraser Robinson as a director and fiduciary of the company, this included legal stipulations around non-disclosures and protection of Vanguard's IP, and he betrayed that trust.

"It is fitting that Fraser Robinson launched a company founded on fraud and named it Beacon, a word that describes a warning signal. Anybody doing business with him should certainly beware."

Another former Uber executive, Dmitri Izmailov, was also cited in the lawsuit for assisting Robinson's efforts to extract confidential information from Vanguard. Though he is not named as a defendant, he is listed as a co-founder of Beacon Technologies.

A spokesperson for Beacon told IT Pro: “We are surprised to hear that Vanguard have filed these proceedings. The papers have not yet been issued by the court and have not been served."

"What we have seen so far is an ill-thought out action which is entirely without merit and which has been brought in the wrong jurisdiction," the spokesperson adding. "Any claim will be robustly defended.”