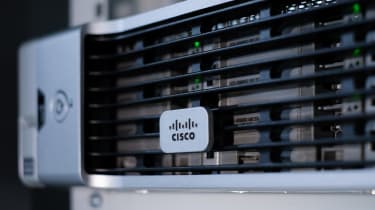 The recently patched Cisco Security Manager (CSM) platform did not initially include details of 12 severe security vulnerabilities that could, if exploited, lead to remote code execution (RCE).

Although these 12 flaws in CSM, an enterprise-class management console that offers insight into the control of Cisco security and network devices, were recently fixed, its developers failed to mention these at all, according to security researcher Florian Hauser.

Hauser claims to have reported these 12 bugs to the networking giant in July this year and was under the impression they were due to be fixed when CSM was updated to version 4.22 earlier this month.

The researcher claims, however, that despite patching the vulnerabilities last week, the company didn’t mention them at all in the release notes for CSM and did not issue security advisories for businesses that may be potentially affected.

As a result, Hauser has published the proof-of-concept for all 12 flaws that he submitted via GitHub, including a host of RCE exploits that cyber criminals could use if targeting an unpatched system.

“120 days ago, I disclosed 12 vulnerabilities to Cisco affecting the web interface of Cisco Security Manager. All unauthenticated, almost all directly giving RCE,” Hauser posted on Twitter on 11 November, following this up overnight with: “Since Cisco PSIRT became unresponsive and the published release 4.22 still doesn't mention any of the vulnerabilities, here are 12 PoCs in 1 gist.”

The CSM 4.22 release notes outlined several improvements to security and functionality, including support for AnyConnect Web Security WSO. The company has subsequently released advisories for three vulnerabilities that were reported in July, crediting Florian Hauser for discovery.

The first, a path traversal vulnerability, tagged CVE-2020-27130 and assigned a CVSS score of 9.1, could allow an unauthenticated remote attacker to gain access to sensitive information, upon successful exploitation. This is due to improper validation of traversal character sequences within requests to affected devices.