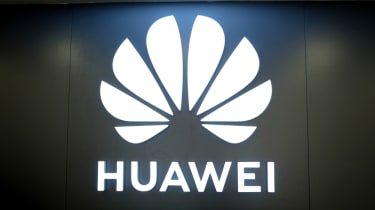 The UK's government has u-turned on so many things in 2020 that it's hard to know which decisions -if any - it will actually stick to. It almost resembles a Lazy Susan, slowly changing firm rebuffs into pitiful acceptances within a month or so. And, like lockdowns, furloughs and feeding poor children, Huawei seems to sense its own reprieve coming around.

Clearly emboldened by the electoral defeat of Donald Trump, the embattled Chinese firm wants the UK's government to reverse its decision to remove all of its equipment from the country's 5G networks by 2023.

"The decision was a political one motivated by US perceptions of Huawei and not those of the UK," Huawei's vice-president Victor Zhang told The Guardian. "This is not really motivated by security, but about a trade war between the US and China."

These so-called 'Trumped-up' accusations may have had some influence on our indecisive Prime Minister, Boris Johnson. The swell of Tory rebels who called for the Chinese firm to be ditched may also have impacted the decision. However, Huawei's call assumes that the UK's decision was based solely on those concerns.

The Huawei Cyber Security Evaluation Centre (HCSEC) found that the Chinese firm failed to comply with "its own secure coding guidelines" during an incident which likely led to a vulnerability "of national significance". That's from a centre owned by Huawei but which is directed by the UK's National Cyber Security Centre (NCSC). It didn't find state-sponsored surveillance, it found "sustained evidence of poor coding practices" - essentially, incompetence.

It's not exactly evidence of Ren Zhengfei in cahoots with the People's Republic of China. They haven't been caught embedding backdoors into the UK's 5G networks. They've simply been found wanting from a security perspective. So, by all means, the government can revisit the decision, but this isn't about Donald Trump and his mad ideas: it's about reassurance that Huawei is up to the job.

There are also pretty strong arguments for not reversing the decision. While it might cost the government in the short term, removing the biggest provider does open up the space for smaller businesses and greater competition, and it also gives a chance to more local startups. Until the ban, Huawei was potentially on course to be for 5G what Google is to search.

The damage caused by having a giant provider squashing competition should be especially obvious to Huawei. The company's smartphone sales have gone south, partly thanks to the fact that it can't use Google Play services, and there aren't that many viable alternatives to the Android mobile operating system.

I've previously argued for the US trade sanctions to be lifted, because it ruined the otherwise-excellent P40 and Mate 40 smartphones without addressing the problem of national cyber security. However, I can't say the same for the UK's ban. Unlike Trump's trade sanctions, I don't think Boris' Huawei blockade should be reversed, because it might actually end up being one of the few decisions that he actually got right.