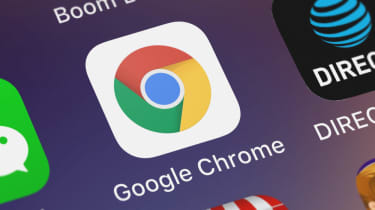 Google has released the final Chrome update of 2020 with a slew of new performance enhancements and some tighter security controls.

The update includes changes to the search bar, power-saving tweaks for tabs and faster bootup times.

"Today we're offering up our final Chrome release of 2020," said Matt Waddell, Chrome director of product. "The updates can help you get things done this holiday season (and beyond), so you can make life's work a bit smoother and reclaim precious time."

The update "represents the largest gain in Chrome performance in years", according to Waddell, due to a number of under-the-hood improvements. This includes prioritising open tabs to reduce CPU usage by up to five times and extending battery life by up to 1.25 hours, according to Google's internal benchmarks.

Furthermore, the tabs you constantly have open will soon be accessible via a search bar, which is coming to Chromebooks first before rolling out to other desktop platforms. The feature works regardless of the window you're in, according to Google.

Chrome will also start up 25% faster, also loading pages 7% quicker, but by using less power and RAM than before. This will also include Android, where Chrome will load pages "near instantaneously", according to Google.

There is also extra functionality coming to the actual Chrome search bar. Along with searching websites and keywords, you'll soon be able to move into settings just by type commands; for example, "edit passwords" will take you straight from the search bar to the settings interface - these commands will initially focus on privacy and security features.

Security has also been boosted for developers with Chrome 87 boasting new setting and UI functions, including APIs and updates to Chrome's built-in developer tools. These support Cookie Store API, easier modification of web fronts via CSS, support for tilt, pan and zoom controls on webcam streams and also support for debugging WebAuthn operations via Chrome DevTools.