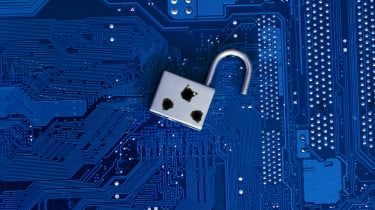 The Zerologon flaw is authentication bypass flaw in the Netlogon Remote Protocol (MS-NRPC) that allows an attack against Microsoft Active Directory domain controllers, making it possible for a hacker to impersonate any computer, including the root domain controller.

"Microsoft Defender for Identity can detect this vulnerability early on," said Microsoft program manager Daniel Naim in a blog post. "It covers both the aspects of exploitation and traffic inspection of the Netlogon channel."

Alerts will be displayed to enable admins to identify the device that attempted the impersonation, the domain controller, the targeted asset, and whether the impersonation attempts were successful. "Finally, customers using Microsoft 365 Defender can take full advantage of the power of the signals and alerts from Microsoft Defender for Identity, combined with behavioral events and detections from Microsoft Defender for Endpoint," Naim added.

"This coordinated protection enables you not just to observe Netlogon exploitation attempts over network protocols, but also to see device process and file activity associated with the exploitation."

Microsoft has known about the Netlogon flaw since August when it released an update for domain controllers.

MSRC VP of Engineering Aanchal Gupta said in a blog post that the company “strongly encourage anyone who has not applied the update to take this step now. Customers need to both apply the update and follow the original guidance as described in KB4557222 to ensure they are fully protected from this vulnerability.”

In an advisory, the US Cybersecurity and Infrastructure Security Agency (CISA) advised agencies in the country to “immediately apply the Windows Server August 2020 security update to all domain controllers”.