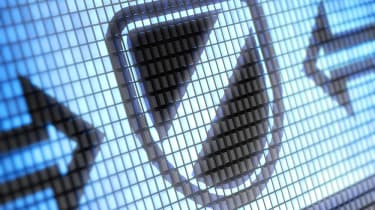 Businesses that rely on the security platform, which has been available for legacy editions of Windows including 7, XP and Vista, will have to find an alternative between now and 14 January, according to the firm.

Launched in 2008, MSE has provided Windows devices real-time malware protection, with a set of stripped-down features aimed at nullifying threats as and when they arise.

“Your Windows 7 computer is not protected by MSE after January 14, 2020,” Microsoft said in its FAQs page for Windows 7 extended support. “MSE is unique to Windows 7 and follows the same lifecycle dates for support.”

The company has recommended that businesses using the software should upgrade to Windows 10 to continue to receive essential security updates and services, given that Windows 7 is set to be retired in a month's time regardless.

A handful of businesses, namely corporate customers, will continue to receive Windows 7 updates for an additional year, free of charge, as long they agree to the promotional offer by 31 December. Organisations not eligible for this offer, including SMBs, may still be eligible to receive paid-for updates through till January 2023.

The platform was Microsoft’s second stab at an antivirus service following the company’s previous effort in the form of Windows LiveOne Care, a more commercial product that received a mixed reception.

Support for MSE on Windows Vista and Windows XP has already been retired, which means it will be permanently discontinued once Windows 7 reaches end-of-life in 2020.

The antivirus software has always been consigned to a handful of legacy Windows editions, regardless, given that Microsoft moved on with the release of Windows 8 - bundling its functions and services into the built-in Windows Defender app. This continues to be used in Microsoft systems, including Windows 10.

The antivirus software has only been available for a handful of legacy Windows editions during its lifetime, namely Windows 7, XP and Vista. Microsoft moved on with the release of Windows 8, bundling MSE functions and services into the built-in Windows Defender app, which continues to be used in modern operating systems, including Windows 10.