Eurostar will use biometrics to power ‘contactless travel’ 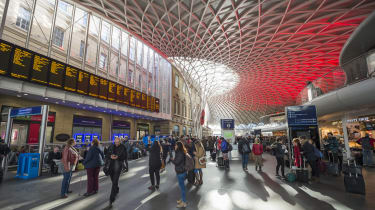 The Department for Transport (DfT) has thrown its weight behind a project to bring ‘biometric entry corridors’ powered by facial verification technology to Eurostar services.

From next year, passengers using the Eurostar from London St Pancras will be allowed to board trains using a walk-through system, automating ticket checks and the border exit process.

This implementation will eliminate the need for passengers to come into contact with either human staff, or hardware.

Using iProov’s authentication technology, passengers will be given the option to scan their ID onto the Eurostar app prior to travelling with the platform verifying the user against their document. When arriving at St Pancras, the passenger would then enter a contactless travel corridor and a kiosk performs the same process.

“What started off as a project to reduce travel congestion and keep passengers moving is now going to help keep people safe in a pandemic world through social distancing and contactless interaction,” said iProov founder and CEO Andrew Bud.

“It’s yet another example of how opt-in facial verification is making life easier and safer for people around the world.”

Facial recognition technology has long come under fire, particularly with regards to its use in law enforcement. Privacy activists are particularly concerned that implementing the technology without oversight could constitute an intrusion into people’s daily lives.

Objections have also been raised over the alleged racial biases found in the software, with people of ethnic minorities also concerned it could lead to abuse by police forces embedded with systemic racism.

The company maintains that it doesn't use facial recognition, but facial verification. The difference, iProov says, lies in the way its system verifies users' identities against their documents, which involves a different technological procedure.

The technology iProov uses involves something known as ‘controlled illumination’ to authenticate users’ identity against their identity documents when passing through the biometric entry corridor.

This process checks whether the user is a real person, rather than a photo, video or wearing a mask, as well as checking if the user is asking to be authenticated there and then. This is in order to protect against the prospect of criminal attacks using deepfakes.

Upon successful authentication, passengers would receive a message confirming their identity had been secured, and that a ticket or passport would not need to be shown again until they reached their destination.

Speaking on potential ethical concerns, executive director of the Open Rights Group (ORG) Jim Killock said the public would need to understand what the data retention and sharing procedures would be.

"Surveillance and biometric surveillace at our borders are becoming more instrusive over time, and systems like this tend to stay in place in one form or another," he told IT Pro.

“At the very least a clear path to closing such systems and deleting the data collected specifically for this pandemic should be in place."

The system has already been trialled in airports to increase the speed and security of the immigration process and is being ported to train travel as part of a competition run by the DfT and Innovate UK.

The platform will be developed in a close partnership between iProov, Eurostar and Candian travel and immigration tech specialist WorldReach. The system will be in live operation by March 2021.