The letter to Alphabet CEO Sundar Pichai had been signed by at least 1,666 employees 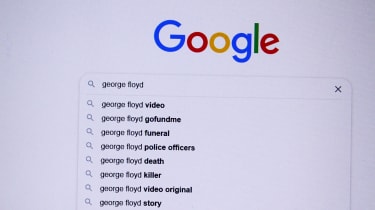 A growing number of Google employees have signed a letter to parent company Alphabet demanding that it ceases all technology sales to US police departments, following weeks of protests against racially-motivated police brutality.

According to TechCrunch, the letter to Alphabet CEO Sundar Pichai has been signed by at least 1,666 employees.

Google has openly discussed how its G Suite is used by the Clarkstown Police Department in the state of New York in order to “share information and digital evidence”. The tech giant is also known to fund police departments through private donations as well as invest in startups developing artificial intelligence (AI) technology for the police and military.

In the internal letter, seen by TechCrunch, Google employees wrote that they are “disappointed to know that Google is still selling to police forces, and advertises its connection with police forces as somehow progressive, and seeks more expansive sales rather than severing ties with police and joining the millions who want to defang and defund these institutions.

“Why help the institutions responsible for the knee on George Floyd’s neck to be more effective organizationally? Not only that, but the same Clarkstown police force being advertised by Google as a success story has been sued multiple times for illegal surveillance of Black Lives Matter organizers.”

Google issued a statement announcing that it is reviewing more than 500 product suggestions made by its staff in recent weeks.

“We're committed to work that makes a meaningful difference to combat systemic racism,” a Google spokesperson told IT Pro over email.

“On this one, we were the first major company to decide, years ago, to not make general purpose facial recognition commercially available and we have very clear AI Principles that prohibit its use or sale for surveillance. We have long standing terms of use for generally available computing platforms like Gmail, G Suite and Google Cloud Platform, and these products will remain available for governments and local authorities, including police departments, to use.”

Earlier this month, Amazon, Microsoft, and IBM announced that they would be pausing or ceasing sales of facial recognition technology to US police departments, a decision which was welcomed by the American Civil Liberties Union.