Dozens of complaints are flooding online forums, many of which are from Lenovo device owners 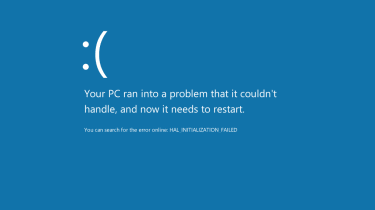 The latest round of Windows 10 updates are causing major issues for enterprise users, ranging from performance and networking problems to frequent blue screen of death (BSOD) error messages.

The Windows 10 KB4549951 and KB4566782 updates, lanched on 11 August, have resulted in a range of performance issues and, in some cases, hardware errors, according to a host of user complaints on the official Windows support forum.

The updates were designed to provide a fix for the way Windows 10 stores and manages files, as well as security improvements for how the operating system uses external devices, such as a mouse or keyboard.

However, many users have reported frequent BSOD errors in a variety of contexts since updating, on top of a handful of users experiencing the rarer green screen of death (GSOD) message that only Windows Insiders with preview editions of Windows 10 can see.

Complaints also include slow Wi-Fi and sluggish download speeds, an inability to connect Bluetooth devices, external devices connected via USB not being recognised, as well as data transfer speeds crashing.

Although the errors are affecting users with devices from several manufacturers, including Dell and Acer, one seemingly common thread running through the errors is the use of the Hyper-V virtualisation engine. It’s also used by Windows Sandbox, a Microsoft-developed feature that allows for potentially harmful software to be run in an isolated environment without affecting the rest of your system.

It also appears that a disproportionate number of Lenovo device users are experiencing this Hyper-V error, although this has not been confirmed by either Lenovo or Microsoft. A handful of the Windows 10 May 2020 Update bugs reported earlier this year had affected Lenovo hardware exclusively.

“As a consequence, I suffered from slow Wi-Fi surfing and very slow (practically zero) downloading speed. After I tried every solution (update drivers, etc) and checked that other devices in my home work fine, today I uninstalled KB4566782. The solution worked and now everything is fine again.”

“The Windows Hello camera stops working, and the machine BSODs when going to sleep or when trying to run Lenovo Vantage. The Intel management engine interface device stops working as well. If I uninstall Hyper-V it's fine. If I roll back to prior to 19041.423 it's also fine with Hyper-V still installed.”

These updates initially caused installation issues when they were launched earlier in the month, according to Windows Latest, although these fresh complaints appear to suggest the problems are far worse than initially thought.

IT Pro asked Microsoft whether it was aware of the latest reports.