MacOS is no longer a bastion against cyber threats 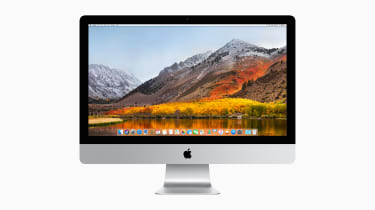 Cyber threats aimed at Macs have outpaced those targeted at Windows PCs for the first time, signalling that Apple’s computers are not as secure as they once might have been.

For some time, it was a commonly held belief that Apple Mac computers, such as the iMac, were pretty much immune to malware.

This was largely due to the proliferation of Windows machines over Mac computers, and how macOS was previously built on a bespoke secure version of Unix with a locked-down ecosystem.

However, the growth of Macs has seen them become a more tantalising target for hackers. And, according to the latest data from Malwarebytes, the security company detected an average of 11 threats per Mac endpoint in 2019, nearly double the average 5.8 threats per Windows endpoint.

Malwarebytes noted that there has been a 400% year-on-year increase in Mac threats since 2018, making such machines more targeted than Windows computers.

“However, part of that increase can be attributed to an increase in our Malwarebytes for Mac userbase. To see if that increase reflects the reality of the Mac threat landscape, we examined threats per endpoint on both Macs and Windows PCs,” explained Malwarebytes’ 2020 State of Malware report.

The report also revealed that detected threats aimed at businesses continue to rise, growing by 13% to total 9.6 million detections.

The spread of ransomware has remained rampant, with Malwarebytes noting that newer ransomware groups have seen growth, namely the number of detections of the Ryuk ransomware aimed at businesses, with detections up by a hefty 543% year-on-year.

The security company also said that in the Europe, Middle East and Africa (EMEA) region, the top five countries that had the most threats by volume in 2019 were the UK, France, Germany, Spain, and Russia; descending in that order.

Marcin Kleczynski, CEO at Malwarebytes, added that there’s been a rise in “pre-installed malware, adware and multi-vector attacks signals”, which indicated that hackers are becoming “more creative and increasingly persistent” with their attacks.

“It is imperative that, as an industry, we continue to raise the bar in defending against these sophisticated attacks, actively protecting both users and businesses by flagging and blocking all programs that may violate their privacy, infect their devices, or even turn the infrastructure they depend on against them,” said Kleczynski.