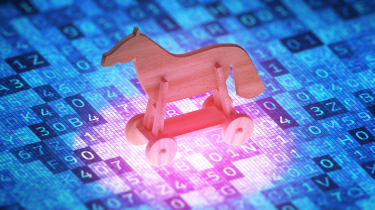 According to a report published this week by ThreatFabric, the Cerberus Trojan virus has been restructured and enhanced with the ability to steal multi-factor authentication (2FA) tokens from the Google Authenticator application.

Google Authenticator was launched in 2010 in order to make 2FA more secure. The application replaces the need to use SMS messaging to deliver OTPs, as that way they can be intercepted when travelling through insecure mobile networks. Instead, the codes are generated on the user’s smartphone and are valid for 30 seconds only.

The Cerberus malware was discovered last year as an Android banking Trojan. However, it was recently enhanced with RAT (Remote Access Trojan) abilities, significantly increasing its threat level.

As well as being able to tamper with the authenticator application, the Cerberus can also steal device screen-lock credentials - PIN codes and swipe patterns alike, allowing the hackers to “remotely unlock the device in order to perform fraud when the victim is not using the device”.

According to ThreatFabric, Cerberus can target communication applications such as Gmail, Outlook, and Telegram, as well as numerous banking applications, including Lloyds Bank Mobile Banking, Wells Fargo Mobile, and Santander.

“We believe that this variant of Cerberus is still in the test phase but might be released soon,” ThreatFabric warned in their blog post.

“Having an exhaustive target list including institutions from all over the world, combined with its new RAT capability, Cerberus is a critical risk for financials offering online banking services.”

Earlier this month, Google purged as many as 24 Android applications from the Google Play Store, after they were found to harbour malware and rogueware. The apps, which totalled in 382 million active installations, were all linked to Chinese tech firm Shenzhen HAWK.