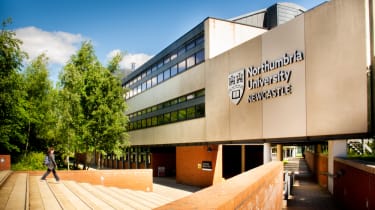 Northumbria University has been hit with a cyber attack that has caused "significant operational disruption" to its IT systems.

An investigation into the incident is "still at an early stage" and the method of the attack is still unknown.

The university's clearing service has been affected by the attack, with applicants being directed away from a hotline to an alternative email address. A number of exams scheduled for this week have also been postponed.

In a letter to students, professor Peter Francis, the deputy vice-chancellor, confirmed that Northumbria Univerity had brought in external security specialists to mitigate any damage to its systems. The university has also informed the Northumbria police and the Information Commissioner's Office, as a precaution, he said.

Students were warned of "some IT difficulties" in a tweet posted on Friday, which was shortly after followed by a second post warning that the clearing hotline, used for students attempting to enrol on alternative courses after receiving their grades, was no longer able to take calls.

The University is still experiencing IT issues which is causing operational disruption across our networks and systems. We have provided further guidance on this and advice for students and staff on our webpage, which will be updated regularly: https://t.co/kq50LHagBj

In a final tweet on Friday, the university announced that exams due to take place that day would be resecheduled.

"Northumbria is now in a position to advise that we have been the victim of a cyber incident," Francis said. "The investigation is still at an early stage and we are working to recover the university's systems and services as safely as possible in order to minimise the impact on you all."

As a result, students will not be able to access their online student portal and other platforms for the remainder of the week as the university attempts to restore its network and connected services.

Although there are few details of the attack method, 2020 has already seen a rise in the number of universities targeted by ransomware or data breaches. In July, cloud service provider Blackbaud had to notify its customers of a data breach, which included universities in the UK, US and Canada.

"While the exact details of this attack are yet to be revealed, universities receive the largest number of targeted phishing emails, which trick the recipient into clicking a malicious link or transferring funds," said Dave Palmer, director of technology at Darktrace. "Attackers are constantly innovating and they will only get more sophisticated. Universities typically have complex and porous digital systems so attackers can often find their way back in repeatedly to cause more harm."