The ban follows FBI warnings about the threat of “Zoom-bombing” 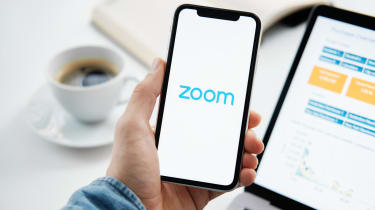 A similar ban has been issued by one of SpaceX’s biggest customers, NASA, coming into force after the FBI issued a warning about “Zoom-bombing” - hackers disrupting video conferences with threatening language, hate speech and pornographic images.

Zoom has previously admitted that it is "currently not possible" to enable end-to-end encryption for its video meetings.

In an email seen by Reuters, SpaceX informed its staff that all access to Zoom had been disabled with immediate effect.

“We understand that many of us were using this tool for conferences and meeting support,” the message read. “Please use email, text or phone as alternate means of communication.”

It's not known whether the ban also extends to Tesla, which is also owned by SpaceX CEO Elon Musk. The company was unable to respond to requests for comment at the time of publication.

Zoom has surged to more than 200 million daily meeting participants after employees around the world were asked to work from home to slow the pace of the fast-spreading coronavirus pandemic. On 5 March, Slack, Facebook, and Microsoft had all advised their employees to work remotely following the spread of the virus to the west coast of the United States. Over the course of the month, most tech giants had closed their offices, shifting all employee communications online.

Despite numerous security warnings, prime minister Boris Johnson is known to be using Zoom to hold cabinet video conferences. He was recently criticised for sharing a picture on Twitter in which a Zoom meeting ID was clearly visible.

A government spokesperson defended the PM, telling BBC News on Wednesday that “in the current unprecedented circumstances, the need for effective channels of communication is vital”.

The news comes days after a class-action lawsuit was filed against Zoom, the compliant alleging the service illegally shared user data with Facebook. Zoom’s founder and CEO, Eric S. Yuan, announced over a blog post that over the next three months, the company will work to “better identify, address, and fix issues proactively”.