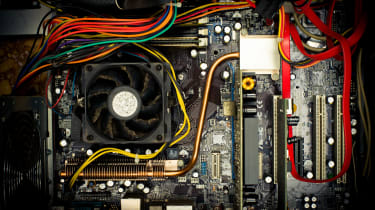 Cyber criminals can exfiltrate sensitive data from a PC sat within an air-gapped system by using malware to manipulate the vibrations from internal CPU and GPU fans, it has emerged.

Breaching systems without physical or network access is a challenge, but researchers have proven that a PC’s internal fans, such as GPU, CPU or chassis fans, can be encoded with internally-stored data.

Computers are known to vibrate at a frequency that correlates with the rotation speed of internal fans. These vibrations can’t be heard, but can be felt on nearby surfaces, like a neighbouring desk. 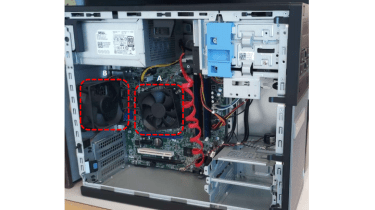 However, it has been discovered that malware can be used to regulate the rotation speed of internal PC fans, the fluctuating vibrations from which can be encoded with sensitive data stored on these machines, according to Mordechai Guri, the head of R&D at Israel’s Ben-Gurion University of the Negev, as reported by ZDNet.

Academic research shows that vibrations generated by malware installed on an air-gapped system, which Guri branded as AiR-ViBeR, can encode binary information and modulate this over a low-frequency vibrational carrier.

This can subsequently be decoded using the accelerometer built-into any smartphone. By placing the device onto a nearby surface, software can be used to reconstruct the manipulated vibrations back into meaningful data. 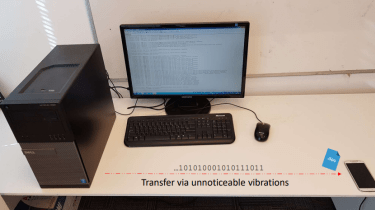 There are a host of methods that cyber criminals could deploy to steal data from air-gapped systems, ranging from LED indicators on hard drives to screen brightness variations. However, Guri’s latest research is the first proving that vibrations can be manipulated to successfully transmit sensitive data from machines in air-gapped systems.

Although this method is perfectly feasible, it’s not likely to be deployed in real-life scenarios due to practicality reasons.

The research team managed to achieve a data exfiltration rate of only half a bit per second through fan vibrations in a test run, suggesting cyber criminals are likely to look to other methods to seize sensitive corporate data.