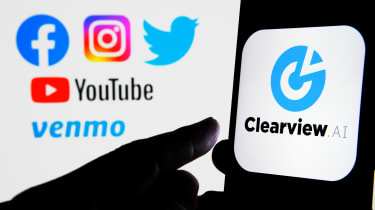 According to reports, Clearview AI, the controversial facial-recognition startup, has experienced a concerning security lapse.

A security firm uncovered an exposed server containing the source code to the company’s entire facial-recognition database, including the secret keys and credentials that allowed users access cloud storage containing copies of its Windows, Mac, Android and iOS apps.

Slack tokens were also accessible, which could grant hackers access to the company’s internal communications.

Chief security officer at cybersecurity firm SpiderSilk, Mossab Hussein, discovered the exposed server and also found the source code had been configured to allow anyone to register as a new user and log in to the platform.

Hoan Ton-That, CEO and co-founder of Clearview AI, responded to the cybersecurity lapse, saying that it “did not expose any personally identifiable information, search history, or biometric identifiers.”

He added that the company has “done a full forensic audit of the host to confirm no other unauthorized access occurred.” Ton-That also shared the company changed the secret keys exposed by the server, rendering them useless.

Clearview AI first made headlines when a New York Times exposé detailed the companies massive facial-recognition database, which consists of billions upon billions of images scraped from a long list of websites and social media platforms. By uploading a person’s photo, Clearview AI’s software will attempt to match it with any similar images within its database.

Since revealing the inner workings of its platform, Clearview AI has been forced to defend itself numerous times, insisting its software is available to law enforcement agencies only. Whether or not law enforcement agencies are the only ones with access to this platform remains unknown, as many claim Clearview has marketed its product to retail heavyweights, including Macy’s and Best Buy.

With poor cybersecurity practices like these, Clearview AI is obviously not doing nearly enough to prevent this powerful tool from falling into the wrong hands.