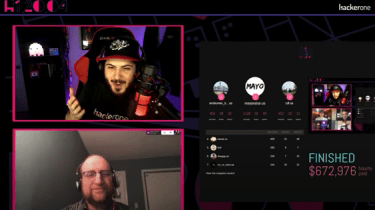 Hackers participating in a virtual live hacking event have donated over $5,000 of their bounties, earned by reporting real-world vulnerabilities, to the World Health Organisation’s COVID-19 Solidarity Response Fund.

Over the course of the two-week event, organised by HackerOne and in partnership with Verizon Media, 50 participants from 14 countries rooted out 286 real-world vulnerabilities in digital assets, 80% of which were high risk or critical.

The reports earned the ethical hackers over $673,000 in bounties, over $5,000 of which was donated to WHO through HackerOne’s Hack For Good initiative.

The Most Valuable Hacker title was awarded to US representative Jon Colston, also known as @mayonaise, who described HackerOne’s first virtual event as “nothing less than a grand slam”.

“Attempting to explain each way HackerOne consistently exceeds expectations would be an exhaustive effort,” he said. “From the daily broadcast streams to engaging online interactions and games, I experienced a community growing together. That is something you can not fake and is a testament to what you are building is exceptional. I look forward to seeing what you can come up with next!”

The hackathon’s donation to WHO comes after the organisation was forced to double its security team following a targeted phishing campaign since mid-March, when the coronavirus moved up to pandemic status.

Earlier this week, 2,732 email addresses and passwords belonging to former and current WHO employees were leaked online, in what was described as a “harassment campaign”. Director of SITE Intelligence Group Rita Katz said that Neo-Nazis and white supremacists were responsible for posting the credentials onto sites such as 4chan and Pastebin.

NIH, CDC, and the Gates Foundation were also victims of the hacking spree.