UK businesses experienced a cyber attack every minute in Q1

The number of attacks increased 30% during the three month period 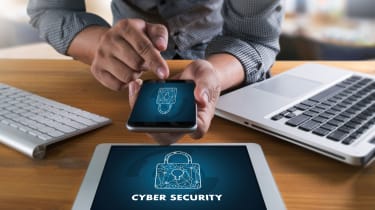 UK companies experienced an average of 157,000 cyber attacks each in the first quarter of 2020, the equivalent of more than one in a minute, according to a new analysis from internet service provider (ISP) Beaming.

The study found that the rate of cyber attacks on UK businesses with internet connections was 30% higher than in the same period last year. In the first quarter of 2019, each company received an average of 120,000 internet-borne attempts to breach their systems.

Beaming also looked into the sources of the cyber attacks. They managed to identify 394,000 unique IP addresses which had been used to attack UK businesses in the first quarter of 2020 and traced 48,000 of them to locations in China.

Sonia Blizzard, managing director of Beaming, commented on the findings: “Despite a reduced volume of attack activity originating in China, which could be related to the onset of the Coronavirus crisis, the rate of attack in the first quarter was around a third higher than in the same period of 2019.

"Businesses of all sizes need to take the threat seriously and take sensible steps to improve their resilience to attack, particularly now that the risk is magnified with so many people working from home,” she said.

When it comes to possible targets, Beaming analysts found that IoT applications such as building control systems and networked security cameras were the most frequently attacked, attracting almost 19,000 online attacks per company in the first quarter.

Other frequent targets were company databases and file-sharing systems, with UK businesses experiencing approximately an average of 5,000 attacks for each application.

Last week, a new report from NTT emphasised that the current working environment, which has led to the majority of IT and business staff working from home, is being exploited by threat actors due to the high probability that employees are working on inadequately secured devices and networks.