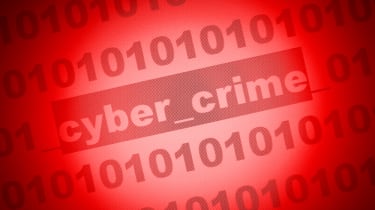 Cyber crime in the UK has doubled in the last five years, costing businesses £87 billion since 2015, according to a new study by specialist business internet service provider (ISP) Beaming.

Beaming, which interviewed more than 2,500 business leaders about their cyber security, estimated the total cost of cyber security breaches over the last five years to be more than £87 billion, taking into account damaged assets, financial penalties and lost productivity.

Over the course of Beaming’s research, the most at-risk group were large companies consisting of at least 250 employees, with nine out of 10 (87%) falling victim in the last year.

Malware was found to be the biggest concern for business leaders. While only 26% of businesses decided to take additional measures to combat malware in 2015, the number grew to 45% in 2019.

Other significant concerns included hacking, password attacks, as well as phishing, which is currently the most likely attack to hit a business, regardless of size. Beaming found that the proportion of businesses hit by phishing attacks grew from 6% in 2015 to 9% in 2019.

In a third of all breach cases (37% in 2015 and 36% in 2019), responsibility was with the employees, whether it was through malicious intent, neglect, or genuine mistakes.

According to Beaming’s managing director Sonia Blizzard, “businesses of all sizes need to think hard about improving the resilience of their IT and communication systems”, in order to “minimise the chances of being breached and the potential impact”.

“The threat has grown astronomically over the last five years. What used to be seen as a big-business problem has become a serious concern for every company director, manager and IT professional out there,” said Blizzard.

“Small businesses are now on the front line in the war against cybercrime. But they haven’t invested in cyber security or employee education at the same rate as their larger counterparts, and they are easier targets as a result.”

The full Beaming report is available to read here.