The personal details of 200,000, including social security numbers, were compromised in 2019 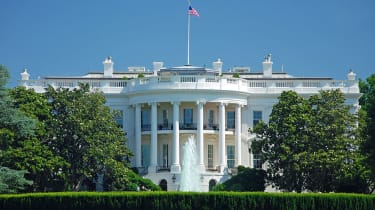 A system hosted by a critical US defence agency has suffered a data breach, with the personal data of its staff potentially compromised.

The Defense Information Systems Agency (DISA) has disclosed that a system it hosts sustained a potential breach between May and July 2019 in which personally identifiable information (PII) may have been compromised.

Those affected by the DISA breach were sent a setter on 11 February warning them their information, including social security numbers, may have been compromised. There is no evidence to suggest this personal information was subsequently misused, however.

DISA provides telecoms and IT support for the White House, including Donald Trump, Mike Pence, their staff, the secret service, as well as the chairman of the Joint Chiefs of Staff and high-ranking members of the US military.

There’s no official word on who was affected, or how many individuals, although various outlets including International Business Times are reporting that 200,000 service personnel have been hit.

“As a result, we have put additional security measures in place to prevent future incidents and we are adopting new protocols to increase protection of all PII.”

DISA has offered to provide free credit monitoring to those potentially affected by the breach, with information about how to sign up for the service to follow in a separate letter.

The agency, which is an augmentation of the Department of Defence (DoD), is based at Fort Meade, Maryland, and employs 8,000 US military and civilian staff. DISA also manages critical systems to support warfighters, national leaders and other military operatives.

It hasn't disclosed which part of its network, or which particular system, was potentially breached, and neither have they disclosed the nature of the breach. The definition of ‘data breach’ could vary from accidentally exposing data online to cyber intrusion by hackers.

The US military has sustained a few serious data incidents in recent years. Researchers, for example, discovered in October 2019 that 179GB of highly sensitive data belonging to US government, Department of Homeland Security (DHS) and military personnel exposed online through an unencrypted AWS database. This exposed information included both past and future travel arrangements, as well as login data.