Company could be fined hundreds of billions of dollars if lawsuit representing 300,000 citizens is upheld 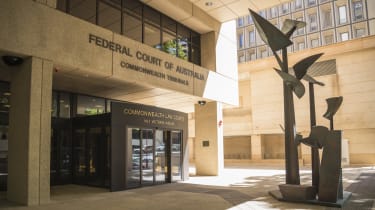 The Australian Information Commissioner has filed a lawsuit against Facebook, alleging that the social media giant illegally disclosed the data of over 300,000 users for political profiling between March 2014 to May 2015.

The private information was reportedly disclosed with a Cambridge Analytica survey product titled ‘This Is Your Digital Life’. The now-defunct company had registered a business in Australia but was never employed by an Australian political party, as opposed to the 2016 US elections, when it famously worked for Donald Trump’s presidential campaign.

The US Federal Trade Commission fined Facebook a record-breaking $5 billion in July 2019 over the same ‘personality quiz’. However, critics branded it a “sweetheart deal” and argued that the fine should have been higher in order to execute any meaningful change from Facebook.

The Australian Federal Court lawsuit now seeks unspecified damages, yet every breach of privacy law could cost Facebook up to A$1.7 million (£840,000). Based on the 311,127 Australians represented in the lawsuit, the total fine could amount to hundreds of billions of dollars.

Information Commissioner Angelene Falk said in a statement that “the design of the Facebook platform meant that users were unable to exercise reasonable choice and control about how their personal information was disclosed”.

However, it's questionable whether Facebook will pay the full price, particularly as the company has also cooperated with Australia's Office of the Information Commissioner as part of the two-year investigation.

“We’ve made major changes to our platforms, in consultation with international regulators, to restrict the information available to app developers, implement new governance protocols and build industry-leading controls to help people protect and manage their data,” said a spokesperson for Facebook. “We’re unable to comment further as this is now before the Federal Court.”