A raft of information, including passports and social security numbers, was accessed for 10 days in February 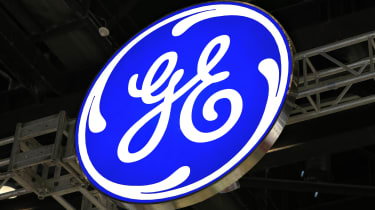 General Electric (GE) has warned its current and former workers that their sensitive and personal data may have been compromised in a data breach suffered by a key supplier.

Canon Business Process Services, an IT service management company that works on behalf of the tech giant, learned that a a third-party party gained access to an email account that contained sensitive documentation between 3 and 14 February.

No GE systems were inappropriately accessed or breached by hackers as part of the data security incident, according to a notice circulating among those potentially affected. Only the email account, which belongs to Cannon, was compromised.

The company has said these files, which contain sensitive and personal information, were uploaded by or on behalf of workers and former workers.

“After learning of the issue, we quickly began working with Canon to identify the affected GE employees, former employees and beneficiaries,” GE said.

“We understand that Canon took steps to secure its systems and determine the nature of the issue. Canon also retained a data security expert to conduct a forensic investigation. GE systems, including your personal information in our systems, have not been affected by the Canon data security incident.”

GE added it’s working to understand how the unauthorised individual was able to access Canon’s systems, and the company is taking steps to ensure appropriate measures are implemented to prevent a reoccurrence.

The firm assured those affected they’ll be entitled to one free credit report annually from each of the three nationwide consumer reporting agencies, under US law, and that Canon is offering identity protection and credit monitoring for two years through Experian.