DDoSecrets publish more than one million 'BlueLeaks' files including documents, videos and emails 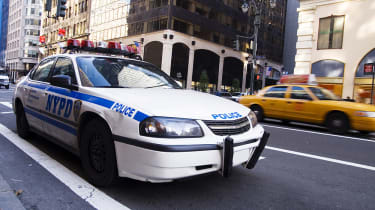 Activists have released a treasure trove of data from more than 200 US-based law enforcement agencies, including police departments, stretching back across ten years in the form of a searchable database.

Dubbed BlueLeaks, the group known as Distributed Denial of Secrets (DDoSecrets) has published 269GB of material providing insights into law enforcement and a wide array of US government activities. The public can also access the information in its entirety.

These files include hundreds of thousands of images, as well as documents, tables, text files, videos and emails, with the complete dataset available to download by anybody through DDoSecrets’ website.

Among the agencies included in BlueLeaks are intelligence centres, FBI divisions, police departments, information analysis centres and fusion centres, which are collaborative endeavours between two or more agencies.

“Ten years of data from over 200 police departments, fusion centres and other law enforcement training and support resources,” DDoSecrets posted on Twitter. “Among the hundreds of thousands of documents are police and FBI reports, bulletins, guides and more.

“DDoSecrets publishes materials submitted by sources, both leakers and hackers. We provide a stable platform for the public to access data and an anonymity shield for sources to share it, but are uninvolved in the exfiltration of data.”

DDoSecrets, founded in December 2018, is a small group of activists, journalists, and engineers committed to publishing leaked and hacked data which is in the public interest. The organisation doesn’t itself conduct any cyber activities, but rather publicises material passed to it, much in the manner of WikiLeaks.

It’s unclear how exactly the data was obtained, although social media activity from Anonymous may indicate some involvement.

The leak has been confirmed as being genuine, according to security expert Brian Krebs, who obtained internal analysis conducted by the National Fusion Centre Association (NFCA). The NFCA alert noted that the dates of the files actually span 24 years, not ten, with the earliest document dating back to August 1996.

The breadth of the information is huge, with much of it containing FBI reports and internal documents, but also personal information about individual workers within law enforcement.

The BlueLeaks material was published, it appears, after a security breach at the Houston-based web development firm Netesential, which is used by many law enforcement organisations across the US.

“Netsential confirmed that this compromise was likely the result of a threat actor who leveraged a compromised Netsential customer user account and the web platform’s upload feature to introduce malicious content, allowing for the exfiltration of other Netsential customer data,” the NFCA alert continued, according to Krebs.