List of organisations compromised in the breach include universities, charities, the Labour Party and a donkey sanctuary 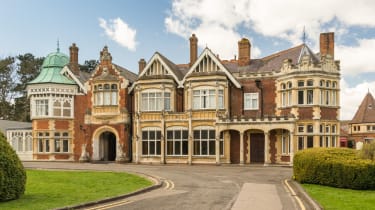 Data for people who donated to Bletchley Park, the UK's codebreaking base during World War Two, has been caught up in the Blackbaud data breach.

The software provider was hit with a ransomware attack in May, which was only revealed in July and the list of companies to have their data compromised continues to grow.

The latest victim is the trust that manages the Bletchley Park museum, which held data on people who had donated. The exposed data might have included names, dates of birth, email address, donation history and event attendance details, the trust said. However, no credit cards or bank information is thought to be included.

US-based Blackbaud supplies cloud services to a number of educational and non-profit organisations around the world. It began notifying its customers of a serious data breach in July, stating that it had paid an undisclosed fee to have the stolen data deleted and its systems back online. When reporting the original story, The University of York confirmed to IT Pro that it had not been involved in the decision to pay the ransom.

The list of victims includes a number of universities and charities in the UK, US and Canada, the Labour Party and a donkey sanctuary in Devon, according to the BBC. Data from Harvard University is also thought to have been compromised in the breach.

The Information Commissioner's Office has received 166 cases relating to the case, which it is currently investigating. The Charity Commission has also received 91 serious incident reports, but both these figures are expected to rise as many organisations have not come forward as yet.

Bletchley Park was the secret code-breaking site near Milton Keynes which famously helped decrypt messages sent by the Nazis during World War Two. The mansion is no-longer a government-funded hacking base, but its grounds are now a museum open to the public.