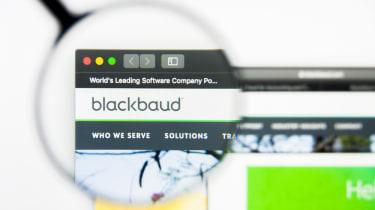 Bank account information was among the data exposed during a hack on software provider Blackbaud, despite previous assurances that the incident was limited to "other types" of personal data.

The firm revealed in a regulatory filing that the hackers may have accessed "some unencrypted fields" relating to financial data.

"Further forensic investigation found that for some of the notified customers, the cyber criminal may have accessed some unencrypted fields intended for bank account information, social security numbers, usernames and/or passwords," the firm stated in its filing.

Both the University of Birmingham and the National Trust have both started investigations and are in communication with Blackbaud to determine if their financial data had been stolen, according to the BBC.

"We are aware that some financial data may have been accessed as a result of the data breach and are working with Blackbaud to determine if this affects us," a spokesman for the National Trust told the BBC.

Blackbaud, a cloud service that provides fundraising software to organisations across the world, was hit by a cyber attack in May, with hackers extracting a copy of a subset of data. At least twenty universities and charities across the UK, US, and Canada were hit by the breach.

When the incident was first discovered in July, Blackbaud stated that financial data was not included in the leak and that it had paid a ransom to hackers on the understanding that the stolen data would be deleted.

According to the Information Commissioner's Office, 166 companies in the UK are thought to have been affected by the breach.

Ransomware attacks have caused mass disruption to the UK's education sector in 2020. A number of universities have had IT systems locked by hackers, with threats to release the data online if they don't pay. Some organisations have been open about their links to Blackbaud, such as York and Leeds universities, while others haven't disclosed full details regarding their incidents.

Despite that, the list of companies involved in the Blackbaud breach continues to grow and with it reports of legal action against the cloud service provider. Ten American health firms have filed lawsuits seeking class-action status against Blackbaud, according to reports in the US.