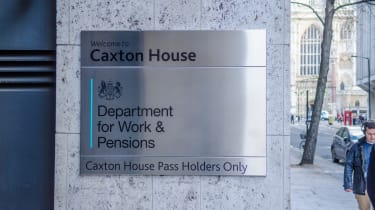 The Department for Work and Pensions (DWP) has removed the personal details of thousands of people after they were exposed online for two years.

The files, published in March and June 2018, listed routine payments to the outsourcing giant Capita and included the National Insurance (NI) numbers of approximately 6,000 people, according to the Mirror. These individuals were believed to be applying for the disability benefit, PIP. No other personal data was exposed in the incident.

Privacy rights group Big Brother Watch first discovered that thousands of these NI numbers were published online, before alerting the DWP, and the Mirror. The files had been exposed until one spreadsheet was removed on Monday this week, and another was removed last night after the publication alerted the government department.

“The DWP's reckless publication of data that could identify people receiving disability welfare is a gross violation of privacy,” said Big Brother Watch’s head of research and investigations, Jake Hurfurt.

“It underlines the department's increasing appetite to hoover up and spit out welfare data without considering the reasons why they are processing it or even taking care to do so lawfully. The department needs to prioritise apologising to the people affected for putting their privacy at risk in the breach and warn them of the risk, instead of just removing the file and saying nothing.”

“Information issued in error as part of our regular transparency releases has been removed and will be replaced with revised data as soon as possible,” a DWP spokesperson told the Mirror. "While no one can be identified from the additional information published, we apologise for the mistake.

“We take our responsibility to protect data very seriously and have reported the incident to the Information Commissioner’s Office.”

IT Pro approached the ICO to ask whether it’s investigating this breach as a possible violation under GDPR.