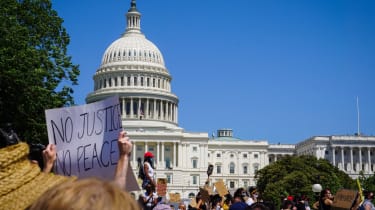 Online sites belonging to organisations and groups advocating against racism have been hit by a massive surge in distributed denial of service (DDoS) attacks, following the protests against the murder of George Floyd and numerous other cases of police brutality.

According to DDoS mitigation provider Cloudflare, denial of service attacks on advocacy groups have increased a staggering 1,120-fold. Many sites, which experienced almost no attacks in April, had as many as “20,000 requests per second on a single site” throughout May.

Cloudflare revealed that, over the weekend of 30/31 May, it managed to block over 135.5 billion malicious HTTP requests, an increase of 17% from the last weekend of April, making it an additional 110,000 blocked requests per second.

Sunday, 31 May had the largest increase in attacks, with an increase of over a quarter (26%) compared to the last Sunday of April. 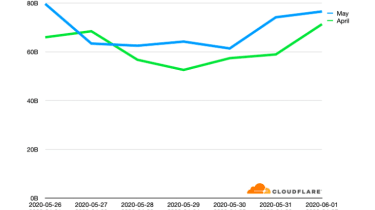 The company also found that attacks on US government websites, including police and fire departments, were almost twice as high, while US military websites experienced 3.8-times the number of attacks, both in comparison to the month prior.

Cloudflare also found that over the last week, there has been “a dramatic increase” in cyber attacks against anti-racism organisations participating in the company’s Project Galileo, which was founded to “provide protection from cyberattacks for vulnerable targets, like artistic groups, humanitarian organizations, and the voices of political dissent”.

In a blog post detailing the findings, Cloudflare’s CEO Matthew Prince and CTO John Graham-Cumming expressed their support for the protesters, and said that they “believe that their powerful stories can serve as catalysts for real change”.

“Unfortunately, if recent history is any guide, those who speak out against oppression will continue to face cyberattacks that attempt to silence them,” they said.

“Cloudflare remains committed to making sure that they can continue to function in the face of these attacks, regardless of their resources or the size of the attack. If you know of an organization or group helping to fight racism that needs Project Galileo’s protection, please let them know we’re here and ready to help.”