XSS the most widely-used attack method of 2019 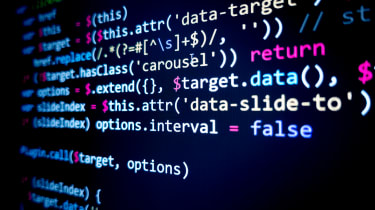 The most widely-used cyber attack method used to breach large companies in 2019 was cross-site scripting (XSS), according to research.

The hacking technique, in which cyber criminals inject malicious scripts into trusted websites, was used in 39% of cyber incidents this year.

This was followed by SQL injection and Fuzzing, which were used in 14% and 8% of incidents respectively. Among other widely-used methods are information gathering, and business logic, although both were used in less than 7% of incidents.

With 75% of large companies targeted over the last 12 months, the report by Precise Security also revealed the key motivation behind cyber crime has been the opportunity for hackers to learn.

Almost 60% of hackers conducted cyber attacks in 2019 due to the fact it presents a challenge. Other prominent reasons for hacking a company’s systems include to test the security team’s responsiveness, and to win the minimum bug bounty offered. ‘Recognition’ ranked sixth in the list of motivations, and was cited by just 25% of hackers. Bizarrely, 40% also said that they preferred to target companies that they liked.

Digging into industry-specific insights, additional research published this month also revealed the most prominent attack method faced by sectors within the UK economy.

The most prevalent hacking technique in the business, finance and legal sectors, for example, was macro malware embedded into documents, according to statistics compiled by Specops Software.

Retail and hospitality firms, meanwhile, suffered mostly from burrowing malware, present in 51% of attacks, as did governmental organisations, registering 37% of incidents.

The healthcare industry was susceptible mostly to man-in-the-middle attacks, in which communications between two computer systems are intercepted by a third-party.

Distributed denial of service (DDoS) attacks were the most common form of attack faced by the technical services industry, with 58% of incidents using this method.

As for how these attacks are conducted specifically, the Precise Security report showed that 72% of platforms used as a springboard for cyber crime are websites. WordPress, for example, is a prime target due to the massive userbase, with 90% of hacked CMS sites in 2018, for instance, powered by the blogging platform.

Application programme interfaces (APIs) were the second-most targeted platforms in 2019, being at the heart of 6.8% of incidents, with statistics showing Android smartphones are usually involved in such attacks.