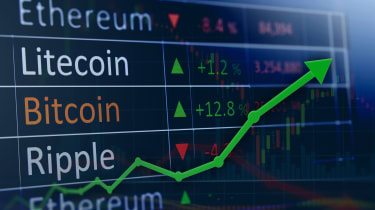 AT&T has sought to have punitive damage claims of $200 million dismissed in an ongoing court battle with prominent crypto-investor Michael Terpin.

AT&T has also filed to have two of Terpin’s eight other claims against the company dismissed completely.

Terpin asserts that in 2018, he lost $24 million in cryptocurrency as a result of AT&T’s negligence during numerous SIM-swapping attacks.

During a March 30 hearing, AT&T’s legal team asserted the amended complaint Terpin submitted failed to address the flaws in his previous complaints. AT&T’s legal team argued that Terpin has not demonstrated the organization is at fault for his financial losses.

“Mr. Terpin ignores the undisputed fact [...] that AT&T disclosed to him that it could not guarantee that third parties would not take unauthorized actions that would disclose his personal information,” AT&T argued. The company added, "Mr. Terpin’s deceit and misrepresentation claims seek to punish AT&T not for concealing or misrepresenting material facts, but simply for failing to provide further specifics on how Mr. Terpin’s information could be stolen."

Terpin first filed his complaint against AT&T in August 2018 and originally presented 16 claims against the company. While the court dismissed 13 of those 16 claims in July 2019, Terpin filed an amended complaint that brought forth nine additional claims against the company the next month. Terpin asserted this amended complaint is meant to demonstrate AT&T was aware of SIM-swap attacks but had not taken strong enough action to stop them.

In June 2017, hackers gained control of Terpin’s phone number through a SIM-swapping attack. These hackers were then able to impersonate Terpin, convincing one of the investor’s many clients to send them a substantial amount of cryptocurrency. After meeting with AT&T representatives about the attack, Terpin was provided with a higher level of security protection.

Unfortunately for Terpin, his phone was hacked for a second time on Jan 7, 2018. Terpin alleges an AT&T employee initiated this second attack, which resulted in a loss of nearly $24 million in digital assets after the hackers reset Terpin’s two-factor authentication passwords.

In a statement provided to Cointelegraph, Terpin asserted his most recent filing “shows the many ways that AT&T had sufficient knowledge of and a moral responsibility to act upon the vast number of SIM-related crimes inflicted upon its customers that law enforcement has been informing them of, substantiating the claim for punitive damages.”