The "ILOVEYOU" virus caused global disruption in the year 2000 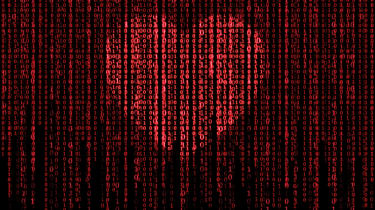 The man who created the first major global computer virus has finally admitted he was behind it, 20-years after it was unleashed.

Onel de Guzman said he authored the Love Bug computer worm to steal passwords as a way to freely access the internet, according to a forthcoming book on cyber crime. But the malicious code spread around the globe and caused billions of pounds worth of damage.

"I didn't expect it would get to the US and Europe. I was surprised," he said in an interview for Crime Dot Com, which is set for release later this year.

The Love Bug virus first made headlines on 4 May 2000. It spread in the form an email attachment entitled 'LOVE-LETTER-FOR-YOU' or 'ILOVEYOU' which contained malicious code that would overwrite files, steal passwords and send copies of itself to all contacts in a Microsoft Outlook address book.

It quickly spread across the world and infected some 45 million machines in total. It took over organisation's email systems and even reportedly shut down the UK's Parliament for several hours.

"When 'ILOVEYOU' infected millions of computers via a relatively unsophisticated method, the motivation behind it was not to obtain some financial gain whereas these days it probably would be," said Jens Monrad, head of mendiant threat intelligence at FireEye.

In 2000, investigators traced the virus to an email address registered at De Guzman's brothers apparetment in Manila. De Guzman was a computer science student at the time and also a member of an underground hacking group called Grammersoft, which quickly made him the lead suspect in the investigation.

However, at the time there was no law in the Philippines covering computer hacking so he was never prosecuted.

Guzman claims he initially created the bug as a way to steal internet access passwords, which were needed to get online at that time of dial-up internet. However, early in 2000, he changed the code to add an auto-spreading function which used a flaw in Microsoft's Windows 95 OS. He also added a title with global appeal.

"I figured out that many people want a boyfriend, they want each other, they want love, so I called it that," he said, according to the BBC.