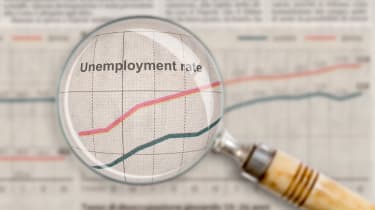 From shutting down entire communities to being the catalyst of an impending recession, the impact of the coronavirus pandemic is sure to have a longlasting impact worldwide. Unfortunately, since the onset of the virus, hackers have looked to capitalize on it in many ways. Just this week, Agari identified a Nigerian cybercriminal organization that has been committing mass unemployment fraud across a number of states in the U.S.

According to reports, the Nigerian cybercrime group, better known as Scattered Canary, has been successful in stealing millions of dollars from U.S. employment systems. By using Gmail dot accounts, the group was able to mass-create accounts, which allowed them to create dozens of accounts on state unemployment websites and the IRS website geared towards processing CARES Act payments. States currently impacted by the group’s nefarious endeavors include Florida, Massachusetts, North Carolina, Oklahoma, Rhode Island, Washington and Wyoming.

“As a result of our analysis, we have identified 259 different variations of a single email address used by Scattered Canary to create accounts on state and federal websites to carry out these fraudulent activities,” Patrick Peterson, Agari’s founder and CEO, shared in the report.

Between May 15 and 16, Scattered Canary was also able to file 17 fraudulent claims for unemployment in Massachusetts. All the claims were accepted, though it’s unclear how much Scattered Canary received as a result.

The Nigerian group is no stranger to fraudulent activity. According to Agari, Scattered Canary has a 10+ year history in fraudulent activity and has been involved in a range of scams, including unemployment, social security, disaster relief and student-aid-related fraud.