“We need to stop pulling punches and go after thieves and hackers,” says Senator Sasse 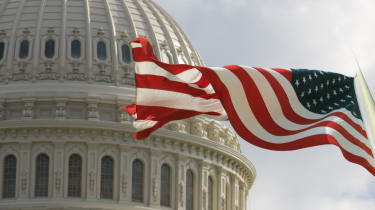 In an interview with Reuters, Van Hollen said the Protecting American Intellectual Property Act is a “direct approach” to battling China’s use of illicit methods for obtaining technological advances made in the US.

“For too long foreign companies – often enabled by foreign governments – have stolen U.S. technology, which harms the American economy and our national security. The US cannot sit idly by as these companies cheat their way to success at the expense of American businesses and jobs,” said Senator Van Hollen.

“This bipartisan legislation will help end foreign theft of innovative technologies invented in the United States and will send a strong signal to bad actors across the globe. I’m proud to introduce this legislation with Senator Sasse, and I urge the Congress to take it up immediately,” Senator Van Hollen continued.

Senator Van Hollen and Senator Sasse’s bill would require the president to send a biannual report to Congress listing individuals or companies involved in serial theft of U.S. trade secrets that threaten US national security or the US economy. The legislation also requires the president to impose strict economic penalties on such companies.

“We need to stop pulling punches and go after thieves and hackers. It’s time for the US Government to stop leaving an open door for China and other adversaries to steal intellectual property and undercut our strength. We have serious economic tools to fight back, let’s use them,” Senator Sasse stated.

President Trump has already taken action against companies such as Huawei Technologies. In May, President Trump extended an executive order signed in May 2019 for an additional year.