US charges two Chinese spies for stealing terabytes of data 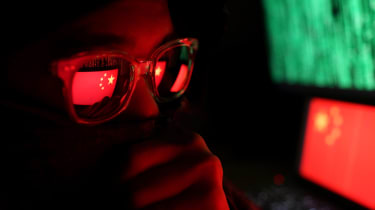 The US has charged two Chinese men with hacking into computers to steal data and intellectual property from companies around the world, including a British artificial intelligence firm.

Li Xiaoyu and Dong Jiazhi are thought to have been involved in cyber espionage campaigns since 2009, both for personal financial gain and for the benefit of the Chinese state, and stole information form defence contractors and coronavirus researchers.

The two men are former electrical engineering college classmates and used their technical training to gain unauthorised access to a wide variety of computer systems.

According to court filings, the pair stole terabytes of data from computers in the US, Germany, Australia, Belgium and the UK, where they infiltrated an “artificial Intelligence and cancer research firm”.

The two men allegedly conducted the operation while acting as contractors for China's Ministry of Security, and US prosecutors said the Chinese government had supplied the men with information that enabled them to infiltrate targets and gather intel.

"The defendants stole hundreds of millions of dollars worth of trade secrets, intellectual property, and other valuable business information," the court documents read. "At least once, they returned to a victim from which they had stolen valuable source code to attempt extortion - threatening to publish on the internet, and thereby destroy the value of, the victim's intellectual property unless a ransom was paid.

An investigation was launched after the pair hacked into the Hanford Site - a decommissioned US nuclear production base in Washington. Their recent work includes targeting a network of American companies in Maryland, Massachusetts and California that are developing vaccines and treatments for COVID-19.

The two men could face 40 years in prison, each, but they are believed to still be in China and any extraditions to the US seem unlikely.