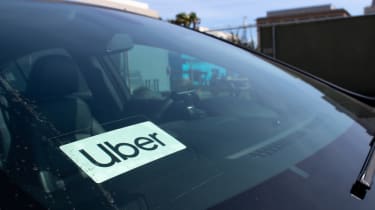 Uber's former chief security officer (CSO) has been charged with obstruction of justice for attempting to cover up a data breach with a $100,000 payment to the hackers.

A criminal complaint against Joseph Sullivan was filed on Thursday in a US Federal Court, according to CNBC, with the allegations relating to an incident in 2016 that saw the personal information of some 57 million Uber users and drivers stolen.

Sullivan is also charged with misprision of a felony over claims he knew about the breach and took steps to conceal it. If convicted, he could face five years in prison for the obstruction charge and three years for the misprision felony.

Both Brandon Glover and Vasile Mereacre, who pleaded guilty to the scheme last year, are still awaiting sentencing, but according to Sullivan, the pair shared the data with a third person who may still have it.

Sullivan's spokesperson, Bradford Williams, said in a statement that there was "no merit" to the charges and praised the former CSO and his team's efforts for identifying the individuals.

"From the outset, Mr. Sullivan and his team collaborated closely with legal, communications and other relevant teams at Uber, in accordance with the company's written policies," he said. "Those policies made clear that Uber's legal department - and not Mr. Sullivan or his group - was responsible for deciding whether, and to whom, the matter should be disclosed."

Sullivan is a fairly high-profile security specialist; he has previously worked for Facebook, eBay, PayPal, and also served as an assistant US attorney in a Computer Hacking and IP Unit under Barack Obama. He has also worked for the same office that has now brought charges against him.

"Being open about a cyberattack at the earliest opportunity is the most noble way of dealing with this sort of incident," said Jake Moore, cyber security specialist at ESET.  "With inevitable daily attacks on businesses of all sizes, attacks are not as damaging to a brand as they once were, due to the relentless attitude criminal hackers now demonstrate. Hopefully, this will act as a reminder to other companies not to negotiate with criminals, nor try to conceal any dealings."