The IoT device could be used by hackers to locate valuables and map out routes through a home, researchers warn 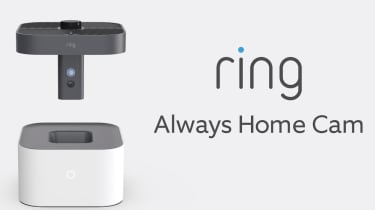 Researchers at the security firm have warned that if the technology is compromised it could give hackers a map of a user's home and access to sensitive data, including bank details.

The flying camera drone, 'Always Home', is the latest product from Amazon's Ring division. It's a black device that sits in a white docking station that launches when something or someone sets off any home sensors.

The drone is controlled via a smartphone and is capable of capturing images which are then sent to the controlling device.

Kaspersky researchers claim it's this functionality that has the potential to be used against the consumers who buy it.

"The development of unmanned security drones presents a whole new wave of cyber security risks," said David Emm, principal security researcher at Kaspersky. "If hacked, this smart technology could provide cybercriminals with a complete map of an individual's home – including the location of valuable items and possible access points to the house.

"The linked smartphone is also vulnerable to attack. If the connection between the drone and phone is compromised, then hackers can gain access to the individual's sensitive data, including contact and banking details."

Emm suggests that anyone considering buying the miniature security drone, or any smart device for that matter, should take steps to improve security, such as changing any default passwords, using WPA2 encryption on home routers and enabling automatic updates.

The state of data protection and cloud

There have been a number of reports of Amazon IoT products being hacked, or at least found to have vulnerabilities, over the past year. In November 2019, researchers found an exploit in the Ring doorbell that allowed hackers to intercept Wi-Fi passwords in clear text.

Early in 2020, it was revealed that some hackers could gain access to user voice history via an Alexa subdomain attack. This was an exploit of a cross-origin resource sharing misconfiguration.