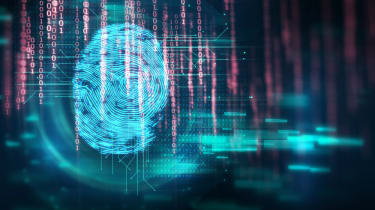 The government isn't taking digital identification seriously, according to a techUK panel, which suggested its recent call for evidence lacked "substance".

In August techUK published a white paper detailing the links between digital identification and the economy. Parts of its call to action included a request that the government put digital identity at the heart of its upcoming Digital Strategy, revise legislation that could impede it and potentially create a specific regulator made up of public and private sector bodies.

The Department for Digital, Culture, Media and Sport (DCMS) responded this week with a 'call for evidence' and the creation of a Digital Identity Strategy Board which techUK suggested was "vague". Joshi went even further, calling it "woeful" and suggested that it was "lacking in any actionable outcome".

"There is no substance to it," he said. "If it was something prepared ten years ago, fantastic, we could all applaud, but ten years on, it is not good enough. We are at the dawn of the next evolution of the internet. Getting identity infrastructure right is so critical.

"What was its response to the question on the DCMS' point of view that the digital sector is worth £400 million a day and it is worth up to 7.7% of the UK economy? Does that response to the consultation with the commercial world answer those questions? The answer is, woefully, it does not."

All three panellist were in agreement that the response was not enough. Clement-Jones, the Lib Dem's digital spokesperson for the House of Lords, said that he "shares the frustration of many" on reading the government's response.

Umunna was more moderated with his points, suggesting that it was a question of priority for the government. But he also said it wasn't a "proper response", referring to it as a "web post".

"No plan of action, no timeframe, and absolutely no engaging with the issue of the economy. Which is ultimately the root for ministers to be able to react on this," he said. "If you don't have proper political direction, you'll have officials step in with their own agendas and seek to try and act when they don't have the mandate to do so."