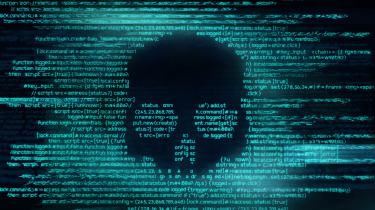 Named Eventbot, the trojan was discovered by a group of cyber security experts from Cybereason Nocturnus, who found it targeting financial banking applications in the United States and Europe, including the UK.

Over 200 different financial applications have been susceptible to the Eventbot’s attacks, including banking, money transfer services, and crypto-currency wallets operated by organisations such as HSBC, Santander, Barclays, Paypal Business, Revolut, UniCredit, CapitalOne UK, and TransferWise.

Daniel Frank, Lior Rochberger, Yaron Rimmer, and Assaf Dahan of Cybereason Nocturnus all contributed to the research into the trojan, details of which have been published on the cyber security group’s blog.

“EventBot is particularly interesting because it is in such early stages,” they wrote. “This brand new malware has real potential to become the next big mobile malware, as it is under constant iterative improvements, abuses a critical operating system feature, and targets financial applications.”

What's particularly concerning is that this trojan is also capable of reading a user's SMS messages, and therefore any security codes sent to a device as part of a two-factor authentication setup.

The cyber security experts advise Android users to take precautionary measures such as updating their mobile device to the latest software, which should originate from legitimate sources, keeping Google Play Protect on, and using mobile threat detection solutions for enhanced security.

The team from Cybereason Nocturnus also warned against downloading mobile apps from unofficial or unauthorized sources and recommended applying critical thinking when giving a certain app the permissions it requested.

In the blog post, they warned that “once this malware has successfully installed, it will collect personal data, passwords, keystrokes, banking information, and more”.

“60% of devices containing or accessing enterprise data are mobile. Giving an attacker access to a mobile device can have severe business consequences, especially if the end user is using their mobile device to discuss sensitive business topics or access enterprise financial information. This can result in brand degradation, loss of individual reputation, or loss of consumer trust.”

Last week, it was reported that threat groups are increasingly relying on trojanised apps posing as legitimate versions in order to spread surveillanceware.