Supercomputers across Europe taken down by crypto-mining malware 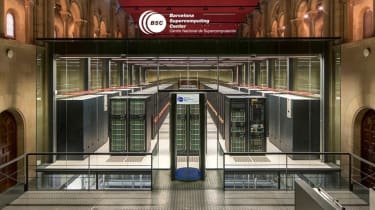 The ARCHER supercomputer that belongs to the Edinburgh Parallel Computing Centre (EPCC) based at the University of Edinburgh had been infected by cryptocurrency mining malware, forcing the machine offline.

The attack happened on 11 May and affected “a small number of user accounts”, which forced the EPCC to disable access to the supercomputer in order “to allow further work to confirm the extent of the issue”.

According to the most recent statement by the University of Edinburgh, the institute is cooperating with the National Cyber Security Centre (NCSC) in order to investigate the issue and has taken additional steps to ensure the future security of their supercomputer.

“All of the existing ARCHER passwords and SSH keys will be rewritten and will no longer be valid on ARCHER,” the institute said. “When ARCHER returns to service all users will be required to use two credentials to access the service: an SSH key with a passphrase and their ARCHER password. It is imperative that you do not reuse a previously used password or SSH key with a passphrase.”

Additional updates regarding ARCHER are to be provided today. Neither the EPCC nor the University of Edinburgh had responded to IT Pro’s request comment at the time of publication.

ARCHER has been part of EPCC since 2013, providing researchers with the ability to run simulations and calculations requiring ‘large numbers of processing cores working in a tightly-coupled and parallel fashion’.

Days after the incident took place, it was revealed that multiple other supercomputers around Europe had been hacked in order to mine cryptocurrency.

The bwHPC, a German organisation responsible for coordinating research projects, also reported an “IT security incident" affecting five of its supercomputers based in universities of Stuttgart, Ulm, Karlsruhe, and Tübingen.

On 13 May, security researcher Felix von Leitner reported on his blog that a supercomputer in Barcelona, Spain, had also been shut down because of cryptocurrency mining malware, and on 14 May, the Leibniz Computing Center (LRZ), Julich Research Center, and the Technical University in Dresden were also forced to shut down their supercomputers.

Over the weekend, The Swiss Center of Scientific Computations (CSCS) in Zurich, Switzerland also reported a "cyber-incident" which caused external access to its supercomputer infrastructure to be closed down. Also on Saturday, German scientist Robert Helling reported the infection of an HPC cluster belonging to the Ludwig-Maximilians University in Munich, Germany. He also analysed the malware on his blog.

It is not known whether the incident has affected any of the universities’ research into the coronavirus pandemic.