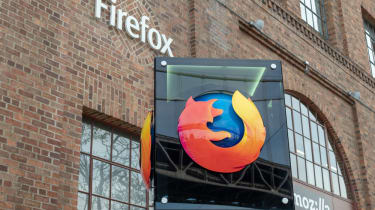 Mozilla has temporarily suspended the operations of its file-sharing service Firefox Send following reports of abuse from malware operators.

ZDNet reported that Mozilla had taken the service offline after it reached out to inquire about Firefox Send's increasing prevalence in current malware operations.

Mozilla has since confirmed to IT Pro that its "deeply concerned" by reports of malware abuse on the service, and said it's taken action to address the problem.

"These reports are deeply concerning on multiple levels, and our organization is taking action to address them. We will temporarily take Firefox Send offline while we make improvements to the product," a Mozilla spokesperson said in a statement to IT Pro.

"Before relaunching, we will be adding an abuse reporting mechanism to augment the existing Feedback form, and we will require all users wishing to share content using Firefox Send to sign in with a Firefox Account. We are carefully monitoring these developments and looking critically at any additional next steps."

As of the time of publication, Firefox Send is still unavailable. Its home page currently displays a message explaining that the Mozilla team is working “on product improvements”.

“We appreciate your patience while we make the Firefox Send experience better,” it reads, and the organisation has not clarified when Firefox Send will be back up and running. 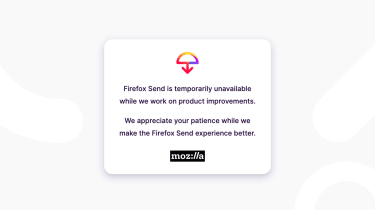 Mozilla launched the free encrypted file transfer service in March 2019, making it possible for users to share files from any browser, without having to install any third-party software. Firefox Send supports files of up to 1GB without needing to sign up, or 2.5GB once a user creates their free Firefox account. The platform is also available as an Android app, meaning people can share files from their mobile device without having to worry they'll be intercepted or stolen.

A recipient of the file does not need to be signed up for the service in order to download the file - they can simply click on the link to start the download, and the link will expire when the sender wants it to.

Firefox Product VP Nick Nguyen said: “Send uses end-to-end encryption to keep your data secure from the moment you share to the moment your file is opened”.

“It also offers security controls that you can set. You can choose when your file link expires, the number of downloads, and whether to add an optional password for an extra layer of security,” he added.