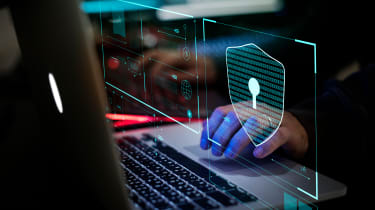 According to security researchers, the hacking group AridViper developed this new malware. In a blog post, Palo Alto Networks’ Unit 42 research team described AridViper as “an active threat group that continues developing new tools as part of their arsenal.”

The latest malware shows multiple overlaps with other existing AridViper tools, such as MICROPSIA, researchers said.

“Based on different aspects of PyMICROPSIA that we analyzed, several sections of the malware are still not used, indicating that it is likely a malware family under active development by this actor,” the researchers added.

AridViper built the malware is built with Python and made it into a Windows executable using PyInstaller. It implements its main functionality by running a loop where it initializes different threads and calls several tasks periodically with the intent of collecting information and interacting with the C2 operator.

It also uses several interesting Python libraries to achieve its purposes, including built-in Python libraries and specific packages, like PyAudio to steal audio and mss to take screenshots.

“The usage of Python built-in libraries is expected for multiple purposes, such as interacting with Windows processes, Windows registry, networking, file system and so on,” said researchers.

Researchers also found the malware has a "Keanu Reeves" module and another called "Fran Drescher." It also contains numerous references to Disney movies and TV series, such as The Big Bang Theory and Game of Thrones, in its code.

Researchers found two additional samples hosted in the attacker’s infrastructure. These payloads are not Python- or PyInstaller-based but provide persistence and keylogging capabilities.

“This is an interesting finding, as we have not witnessed AridViper targeting these operating systems before and this could represent a new area the actor is starting to explore,” they said. “For now, the code found is very simple, and could be part of a copy and paste effort when building the Python code, but in any case, we plan to keep it on our radar while researching new activity.”