The senior civil servant will replace Ciaran Martin, who established the NCSC in 2016 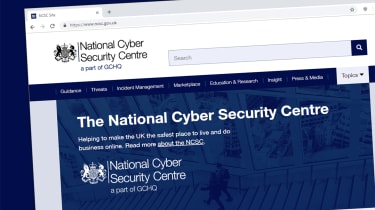 Cameron will spearhead the National Cyber Security Centre (NCSC) response to several waves of cyber incidents each year, taking over at a crucial moment for businesses across the UK.

The COVID-19 situation, for example, has led to a rise in threats targeting remote workers and vulnerable businesses. The scale of cloud threats, too, has risen by secen times during the coronavirus crisis.

The senior civil servant will join the NCSC with more than 20 years of experience in crisis management and national security policy, leaving her position as second in charge at the Northern Ireland Office. She was also previously the director general responsible for the Department for International Development’s (DfID) programmes in Africa, Asia and the Middle East.

“Over the past four years, the NCSC has transformed the UK’s approach to cyber security and set a benchmark for other countries to follow,” Cameron said. “I am delighted to join the NCSC and relish the opportunity to take this world-leading organisation to the next level.”

Current chief Ciaran Martin was appointed CEO of the NCSC when it was established in 2016, having previously been a GCHQ board member for cyber security since 2013.

Martin will leave to pursue a career in academia in business, with Oxford University announcing he’ll take up an appointment as Professor of Practice in Public Management, based at the Blavatnik School of Government. He’ll stay on at the NCSC until 31 August.

Among Cameron's key roles are overseeing the NCSC’s response to the countless cyber security incidents affecting businesses each year, improving the cyber resilience of critical national infrastructure, and identifying the risks and opportunities of emerging technologies.

The NCSC has also played a more active role in protecting businesses from the escalating threat of cyber attack during the coronavirus crisis, which Cameron will no doubt continue.