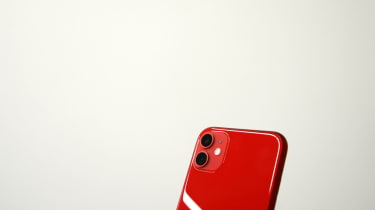 Apple has conceded that a tracking feature in the iPhone 11 that routinely seeks to check-in on a user's location even when all location service settings are turned off was implemented by design.

The issue involves a set of apps and system services that persistently seek an iPhone 11 user's location, even when each service is set to 'never' request such location information, according to researcher Brian Krebs.

It was first assumed to be a privacy leak or software flaw, given Apple's outwardly vocal stance on protecting user privacy, but the company has since confirmed location tracking in this way has been implemented in the iPhone 11 by design.

The company claims the tracking relates to ultra wideband technology that "provides spatial awareness" allowing the iPhone to understand its position relative to other phones fitted with this. This short-range technology essentially lets iPhone 11 users share files locally with other iPhone 11 owners.

"Ultra Wideband technology is an industry standard technology and is subject to international regulatory requirements that require it to be turned off in certain locations," an Apple spokesperson told Brian Krebs.

"iOS uses Location Services to help determine if iPhone is in these prohibited locations in order to disable Ultra Wideband and comply with regulations. The management of Ultrawide Band compliance and its use of location data is done entirely on the device and Apple is not collecting user location data."

The 'Sign in with Apple' tool launched this year, itself perceived as a dig at social media-enabled login mechanisms, exemplifies the way the company has tried to position itself in the market.

Krebs claims, however, that the "expected behaviour" in the iPhone 11 undermines Apple's own privacy policies, which says users can disable all apps and services that queries the user's location through a toggle.

Apple has confirmed plans to include the option of a dedicated toggle to enable or disable ultra wideband technology in a forthcoming iOS update.