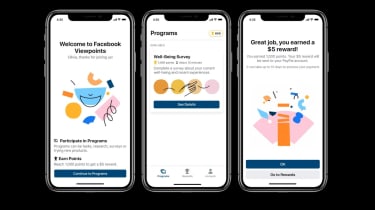 Facebook is now offering to pay some users for their voice recordings, in an effort to improve its own speech recognition technology

One set of ten recordings - each requiring a simple “Hey Portal” followed by the name of any Facebook friend - is worth 200 points. Earn 1,000 points, and you’ll be issued $5 through Paypal.

Users who agreed to share voice information with Facebook simultaneously enabled the entirety of their conversations to be accessed by the ears of third-party reviewers - regardless of which user sent the voice message - as then outlined by the site’s support page.

Viewpoints’ Pronunciations opts for a more transparent approach to data collection. Only last year was Facebook required to shut down an iOS market research app ostensibly offered as a VPN provider - essentially, the app acted as a sort of guise, allowing Facebook to install software capable of collecting data otherwise unobtainable through primary iOS apps.

Facebook stressed in its initial announcement that voice information collected via Viewpoints will have no connection to users’ Facebook accounts; in addition, the company won’t share Viewpoints activity to other Facebook-owned services without first gaining explicit permission.

“We believe the best way to make products better is to get insights directly from people who use them,” said the company’s original Viewpoints announcement.

Facebook’s Viewpoints is currently widely available, though ‘Pronunciations’ will be rolled out sporadically to American users over the age of eighteen with more than seventy-five Facebook friends. Some Viewpoints users have already been issued access to ‘Pronunciations’  with no update required.