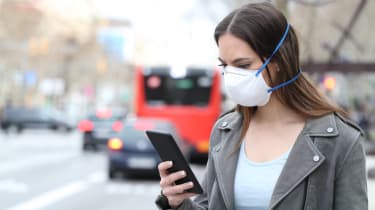 The NHS is working with Apple and Google to build a contact tracing app designed to track the movements of the population when lockdown restrictions eventually lift.

The government is working closely with major tech companies to build the software, which encourages users to declare whether or not they have COVID-19 symptoms, health secretary Matt Hancock announced at a press conference over the weekend.

Technology will determine whether users have recently been in touch with anybody who has self-diagnosed before sending an amber alert to their devices. Should individuals be tested positive for the virus, anybody who’s been in close proximity with them will receive a red alert.

The health and social care service’s digital wing, NHSX, is set to test a pre-release version of the application with families at a secure location in the North of England this week, according to BBC News.

"If you become unwell with the symptoms of coronavirus, you can securely tell this new NHS app," Hancock said.

"And the app will then send an alert anonymously to other app users that you've been in significant contact with over the past few days, even before you had symptoms, so that they know and can act accordingly.

"All data will be handled according to the highest ethical and security standards, and would only be used for NHS care and research. And we won't hold it any longer than is needed."

The release of such an app, which will be opt-in, is considered crucial to any form of ‘exit strategy’ from the current lockdown in the absence of a vaccine. Loose details around software were first reported two weeks ago, as well as a release window for just before or shortly after lockdown measures are lifted.

The UK’s coronavirus app will use Apple and Google's jointly-developed application programming interface (API) to allow smartphones to record contacts by detecting each others’ Bluetooth signals. This mechanism will even work when the app is not active.

When the app is eventually released, the smartphones of people who are in touch with each other will automatically exchange anonymous key codes.

When an individual either self-declares COVID-19 symptoms or tests positive for the virus, their phone will send their anonymous code to a central database, which is routinely downloaded onto the smartphones of other users.

Should there be a match with the key code received via in-person interactions, and that subsequently registered in the central database, smartphones will light up with either an amber or red alert.

The jointly-developed API, which will form the basis for the contact tracing app, has been developed to ensure iOS and Android users’ privacy would not be compromised by any software developed to serve this purpose.

Although any such software may be considered invasive to privacy, the pandemic presents a unique context in which data protection rules may be bent to serve the wider public interest.

The Information Commissioner's Office (ICO), for example, suggested last month that it would be more flexible throughout the forthcoming period.

“During these unprecedented times data protection law can work flexibly to protect lives and data," a spokesperson told IT Pro.

“We will be reviewing the technical details and engaging with Google and Apple as their work continues to ensure privacy issues are considered, while also taking into account the compelling public interest in the current emergency.” 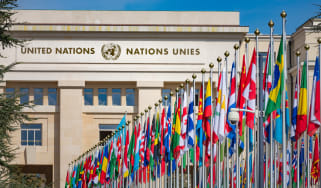