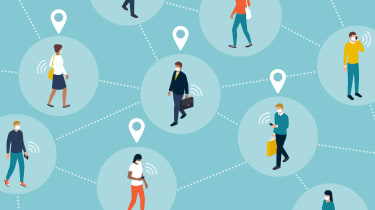 Apple and Google have pledged to shut down their coronavirus contact-tracing system once the coronavirus outbreak is contained in a bid to ease privacy concerns.

The two companies have announced changes to the API following feedback they received on how the system could be improved. On a call late last week announcing the revisions, representatives from Apple and Google stated that the app would be disabled once the pandemic is declared over.

“Google and Apple can disable the exposure notification system on a regional basis when it is no longer needed,” the companies stated.

The tech giants also published an accompanying FAQ that details the contact-tracing service and attempts to allay the widespread privacy concerns surrounding it.

The document states that “the system does not collect location data” from users’ devices “and does not share the identities of other users to each other, Google or Apple”. It also promises that “each user will have to make an explicit choice to turn on the technology” and notes that “it can also be turned off by the user at any time”.

As countries rush to develop their own contact-tracing tools, Germany has become the latest country to jump on the Apple-Google bandwagon. On Sunday, the country announced its decision to support the “decentralised” approach to digital contact tracing and abandon its “home-grown alternative that would have given health authorities central control over tracing data”, Reuters reported.

German chancellery minister Helge Braun and health minister Jens Spahn announced in a joint statement that the “app should be voluntary, meet data protection standards and guarantee a high level of IT security.”

“The main epidemiological goal is to recognise and break chains of infection as soon as possible,” they said.

On the same day, the Australian government launched a system based on the Singaporean TraceTogether app, which uses Bluetooth signals to monitor when people have been in close proximity to one another. The app’s stored contact data is said to enable health officials to trace people potentially exposed to infections, which has raised significant data privacy concerns.

Australian Health Minister Greg Hunt said: “It will help us as we seek to return to normal and the Australian way of life. No one has access to that, not even yourself ... only a state public health official can be given access to that data”.

Last week, the NHS’ coronavirus app was being tested at a North Yorkshire Royal Air Force base, with the health secretary describing the trials as "going well".