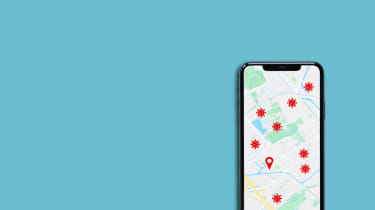 The trail of the coronavirus contact-tracing app on the Isle of Wight has been lauded as a success by the island’s MP, who has said that the latest download rates “are well ahead of what we hoped”.

Conservative MP for Isle of Wight, Bob Seely, told Sky News that, according to estimates recorded last Friday, 65% of the islanders had downloaded the NHSX app aimed at curbing the coronavirus pandemic.

"We are well ahead of what we hoped,” said Seeley. “When the figure goes above 20% you begin to get good evidence, over 50% and you start suppressing the virus and over 60% and you get the benefits of the app working."

The app was supposed to be rolled out in mid-May following the trial on the Isle of Wight, but an exact date has not yet been announced.

Seely also praised the app over the minimal amount of personal data it requires, saying that he has “never downloaded an app that wants to know less information”.

“It asks only for the first half of your postcode, basic details, nothing more,” he told Sky News, adding that “the outcome of the app could be that grandparents can see their grandchildren again, the pubs can reopen, we can get our businesses up and running again”.

Seely’s assurances come after the resurfacing of a 2014 study which found that the public’s lack of faith in location-tracking apps could sabotage governments’ efforts to curb the outbreak of the COVID-19 virus.

The Europe-wide study involving the UK and eight other countries found that only 58% of European citizens were in favour of smartphone location tracking (SLT). Over a half (56%) of surveyed citizens wanted to know more about how to protect their privacy in the face of SLT, and almost one in fifth (18%) would actively campaign against its use.

One of the authors of the research, University of St Andrews Professor Kirstie Ball warned that “governments need to be very clear about whose interests are being prioritised in an SLT programme”.

“Public health and the NHS are one set of interests, tech start-ups and social media platforms are quite another. Any doubts here will have a disastrous effect on uptake,” she said. “Assurances that ‘it works’ and that ‘government knows what it’s doing’ may be convincing for those already in favour of surveillance, but this is not true for all. The one in four of the population who are sceptics will need to hear guarantees about the moral integrity of SLT.”

Professor Ball added that most importantly, “citizens need to be left feeling empowered and in control of their data”.

“In order to address the range of public concerns about smartphone tracking apps, governments need to place substantial privacy and human rights assurances at the heart of their surveillance programmes,” she said.